The number of healthcare workers emigrating from Ireland to move abroad is in steep decline.

For many decades, Irish healthcare professionals would seek employment abroad in the UK or other English-speaking countries.

And yet, this is no longer so much the case. Increasingly so, working in healthcare in Ireland has become preferable to a career in the UK.

That means that if you’re considering moving to either the UK or Ireland for employment in healthcare, you should choose Ireland.

If you want to discover more reasons why working in healthcare in Ireland is better, check out the blog post below. Let’s get started!

The average salary of healthcare workers can vary significantly.

For example, physicians may get paid extremely well in one country, while nurses get underpaid compared with other countries.

However, the assumption that healthcare workers earn a higher salary in the UK compared with Ireland is far from the case.

In fact, nurses in Ireland get paid the third highest average salary in the world.

Only nurses in the U.S. and Luxembourg enjoy a higher wage. The UK doesn’t even make the top ten.

Furthermore, doctors also enjoy higher salaries in Ireland than in the UK. A junior doctor’s salary in the UK ranges between $29,000 to $40,000.

2. Get More for Your Money

However, even when the salary offer is more in the UK, you should think twice about it.

You may be tempted by the higher salary for many medical professionals in the UK. However, you shouldn’t be fooled by eye-catching salary figures.

You’ve got to calculate whether you’ll be financially better off as a healthcare worker in Ireland or the UK. And, in many cases, the answer is that you’ll have a higher income in Ireland.

For example, the UK may have lower income tax rates than Ireland. You may also have a higher salary.

And yet, tax rates mean that you could still be better off working in healthcare in Ireland.

For example, a married couple in which the primary earner has an income of €50,000 pre-tax would have more money at the end of the month in Ireland than in the UK.

This is due to personal tax bands and other tax credits for married couples in Ireland. Neither of which exist in the UK.

It’s also worth noting that in many cases, the cost of living is cheaper in Ireland as well. This all results in you getting more for your money in Ireland.

Work-life balance is becoming increasingly important among workers. This is especially the case among millennials.

Achieving this balance is important to maintain both good mental and physical health. It’s also a chance to spend time with family and friends and pursuing things beyond work.

Workers in Ireland are happier with their work-life balance compared with the European Union average.

Up to 84 percent of workers in Ireland say that they are either “very satisfied” or “fairly satisfied” with their work-life balance.

By contrast, workers in the UK have been described as having the worst work-life balance in Western Europe.

Neither study was focused on the experience of healthcare workers. And yet, it’s worth noting that these results match what they say.

Up to 79 percent of nurses in Ireland say that they’re satisfied with work schedules. The UK scored lower once again.

4. Be Part of the World-Class Healthcare System

In Ireland, you’ll have the opportunity to work in a world-class healthcare system. You don’t have to believe us either.

The OECD says that Ireland has the 8th best healthcare system in the world. That’s extremely impressive for such a small country.

The UK only managed to be awarded the 14th place in the OECD’s list of the world’s best healthcare systems. That puts Ireland six places ahead of the UK.

In another study from 2017, Ireland was found to have the world’s 13th best healthcare system. The UK was ranked just 30th.

However, the quality of the healthcare system in Ireland is not only great for your career. As a resident in the country, you’ll also get to enjoy a better healthcare service yourself.

5. Experience a Better Quality of Life

Many people move to a new country to improve their quality of life.

Quality of life can include a bunch of complicated factors. For example, the cost of living to the health of the environment.

According to one study, Dublin has a better quality of life compared with every other city in the UK. That includes the capital London as well.

It is argued that:

“An excellent choice of consumer goods, lower levels of air pollution, and a stable political and strong socio-cultural environment.”

The UK’s NHS is famous around the world. And yet, it doesn’t have the great reputation it once enjoyed.

It has even been compared negatively to the notoriously unequal healthcare system in the United States.

UK doctors have also said the UK system was “worse than Communist China.”

Well, the Irish healthcare system is not without problems. But, the opportunity to work in the Irish system gives you the chance to make improvements.

While many people question the quality of care in Ireland as well, one doctor confidently wrote that:

“You can feel safer today than you ever could before but there is much more work to be done; for this we need your help and your support.”

The attitude that things can always get better is an important insight into the character of the Irish healthcare system.

To be frank, Ireland and the UK both have fewer public holidays than the EU average. In fact, many countries in the world have significantly more days off than both countries.

The good news is that many people are talking about increasing the number of public holidays in Ireland. Nevertheless, the UK’s 8 days off is beaten by Ireland’s 9 public holidays per year.

That’s an extra day to spend with your family, enjoying time at home or having fun with your friends. It may only be one day, but don’t turn your nose up at it.

8. Happier Workforce for a Happier You

Happiness is contagious. If you are surrounded by happy people at work, then it’s probably going to rub off on you whether you like it or not.

Moving to Ireland to work in healthcare is a good move for your happiness. According to the 2016 study, the Irish workforce is the fourth happiest in the world.

Moreover, Dublin comes out on top as the happiest city for workers in Europe. From the 35 countries researched, the UK ranked the 20th best country for workers.

This isn’t the only study which has found that Irish workers are happier than their British counterparts. Ireland was discovered to have the happiest people in Europe. In fact, over 97 percent of the population said that they considered themselves to be happy.

9. The Safety of Job Security

Ireland has a rapidly growing and aging population. There is always a demand for healthcare workers. However, this is more the case now than ever before.

Studies have shown that the demand for healthcare workers is expected to “go through the roof” until the year 2030. You can be confident that your job is safe and secure if you move to Ireland.

Of course, not all jobs are in-demand equally. Check out these in-demand healthcare jobs in Ireland.

And yet, in the UK the same cannot be said.

Around 28 percent of nurses in the UK say that they’re considering moving jobs due to job insecurity.

There is also growing uncertainty in the UK regarding the consequences of the Brexit vote from 2016. Many healthcare professionals in the UK are concerned about how this could affect them.

Ireland is increasingly becoming a diverse country. Up to 17 percent of the population was now born outside of the country.

This is also reflected in the Irish healthcare sector. According to the World Health Organization, Ireland ranks second highest for reliance on foreign-trained doctors and nurses.

However, for many Irish healthcare workers, this is a strength of the workforce. The growing diversity of the employees brings a vibrant and tolerate environment to be shared by everyone.

Why You Should Work in Healthcare in Ireland

Are you considering moving to either Ireland or the UK to work in the healthcare sector?

This can be a tough decision. You want to ensure that you make the right move for yourself and your family.

However, without a doubt, Ireland provides a better option for healthcare workers. You can enjoy a higher income and a happier work life in Ireland and much more.

Do you want to learn more about working in healthcare in Ireland? Get in touch with us today! 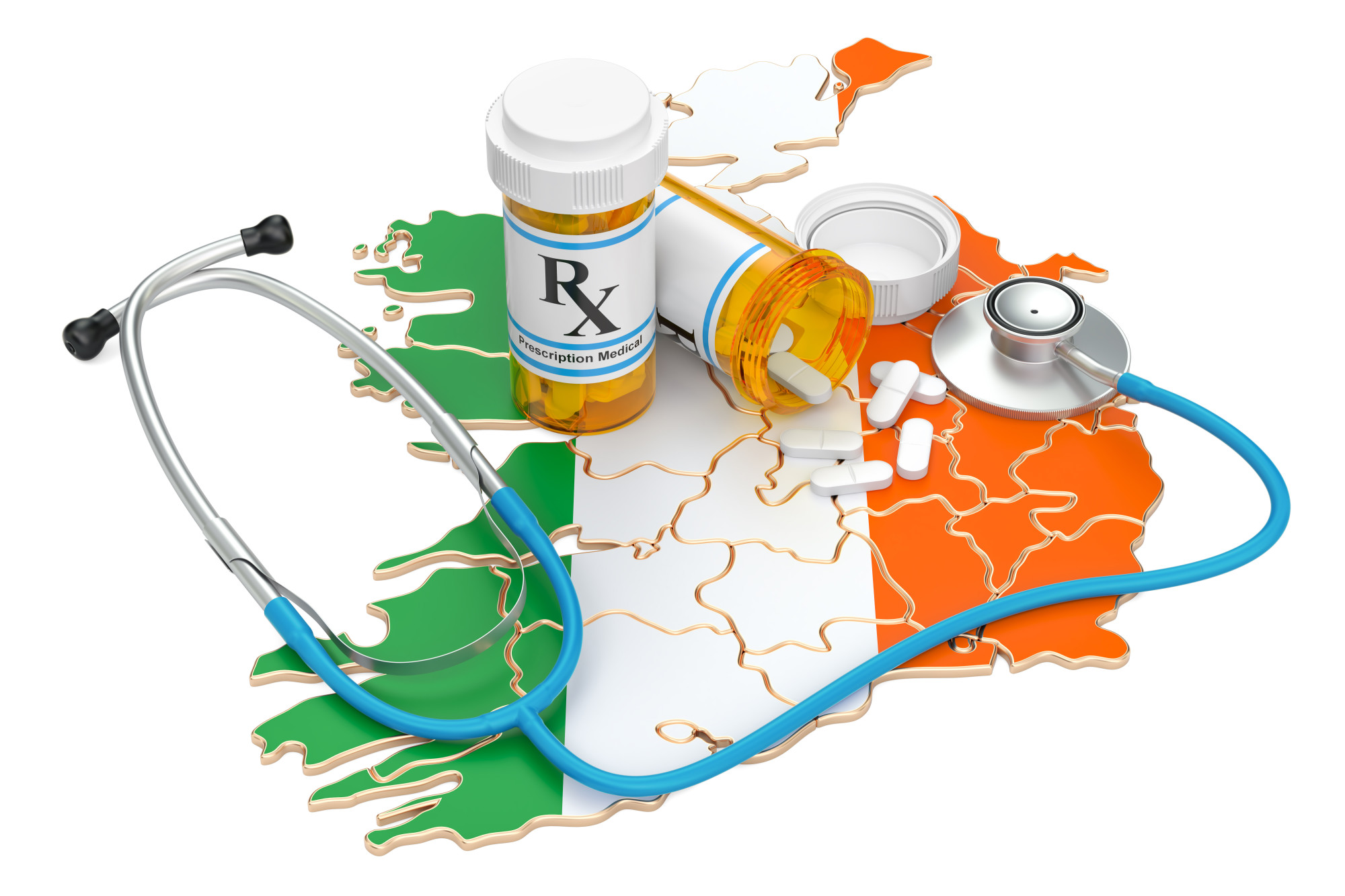 Translate this page
We use cookies to ensure that we give you the best experience on our website. If you continue to use this site we will assume that you are happy with it.Ok
Go to Top